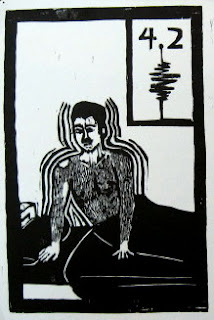 I was woken up on a Saturday morning by an odd sensation. I heard a noise that was big without being loud. The bed began to shake a little, and I heard things rattling on shelves. By the time I realized what was going on, it had begun to subside. I had been woken by an earthquake on the New Madrid fault, 4.2 on the Richter scale. A few decrepit buildings nearer the epicenter suffered some damage, but otherwise no harm done. I have heard that scientists believed this fault line had the potential to someday have an earthquake more powerful than any that has ever hit California, but it didn't happen while I was out there.

Posted by arrabbiata at 9:10 PM